Melissa and I have been busy this month, we were at dog shows for 3 of the November weekends. This was Melissa's first time to be at indoor all-breed shows. Her last show was the Borzoi National last May in Kentucky.....indoors but it was a show just for Borzoi. These 3 weekends exposed her to many different breeds she had never seen along with loudspeakers, crowds, LOTS of children, LOTS of strollers and dogs running agility.

I always check the surroundings of a new venue and try to imagine what my dogs will take in: sights, sounds and the surface they will be walking on. I arrived early at each show so Melissa had time to look around. I want Melissa to feel comfortable in every venue she is exposed to in her lifetime. Shows with 2000 plus dogs entered and with just as many people walking around is a lot for a young dog to absorb. I allowed her to look, and sniff. At first I didn't cue her to do anything, but I did have my clicker and a pocket full of treats. When she began to offer 'check-ins', just looking in my direction, I began to click and treat. As Melissa became more focused on me and less interested in the environment, I asked her for some behaviors she had on verbal cue. Take a bow, sit, shake, and target to my hand. We stayed a distance from the crowds at first. When she was eagerly following each cue at a distance from the crowds, we moved closer to the distractions. Melissa was learning how to focus on me in some very distracting situations.

We took time for walks with friends and their dogs during show hours. She got reacquainted with her litter brother who now lives in Canada. At first she was a bit cautious, I let her slowly get acquainted, and before long Melissa was leaping, spinning and rolling on the grass with him. Inside the building where agility was being judged, she met an 11 month old Collie named Artemis. His owner Martha was also exposing him to the sounds and sights of the agility venue. Each of us gave our dogs permission to play. Artemis and Melissa rolled on the ground engrossed in each other and oblivious to what was going on in the building. This is part of Melissa's training. She was making a nice association of being in a building that echoed each time the loudspeaker came on, dogs barking while they ran the agility course, and dogs tugging off to the side. If she can be relaxed in that environment, she will be ready to focus on me. 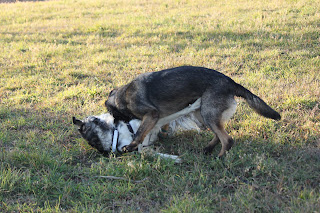 This past Sunday about an hour before Melissa had to go into the breed ring to be shown, she saw her best hiking buddy Tate from across the parking field. I cued Melissa to first target her nose to the palm of my hand and then released her to go play with Tate. They rolled and played. Our two young dogs were able to associate a new venue with some good feelings.

I didn't worry that Melissa got dust on her coat from the agility building which had dirt rings, I didn't care that she might get grass stains from rolling in the grass. To me, dog shows are more then showing my dogs in competition. I want my dogs to enjoy being at each and every venue. It can be overwhelming for a dog new to the show scene, no need to be serious and make it stressful for Melissa. I cleaned Melissa's coat and no one was the wiser that she had been rolling on dirt flooring and on the grass, and had had some dog saliva on her. She needed to be comfortable in her surroundings, inside and outside the ring. Playing and visiting with two and four footed friends got her in a relaxed and happy state of mind.

I will admit that at one of the shows while she was being judged, the herding group was being held in the ring adjacent to ours. I let Melissa look over to see what all the commotion was about. She didn't move exactly in a straight line and it may have caused her movement to be off a bit...but she had never heard such clapping and cheering....she needed to see what all the noise was about. In time she will take no notice, it will be just part of the show scene and she will be mentally relaxed and ready to compete. But for now, I will continue to let her look at anything new and different. Focus in distracting situations will come. I was pleased that Melissa was able to hand target ringside and also in the ring.

It was an extra bonus to have my friends Sue and Debi ringside on Sunday. I let Melissa hang her head over the ring gates to visit. Melissa was able to bring her focus back onto me when cued to do so. She was in a relaxed state of mind, she was ready to be my teammate.
Posted by Chris at 8:51 PM No comments:

The sun may be setting earlier, but we have had some gorgeous fall days. 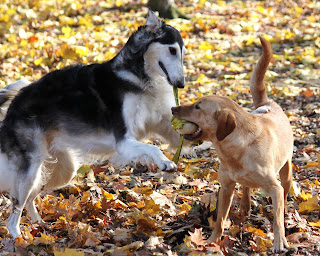 The dogs played outdoors all afternoon. I rotated toys every hour or so to keep their peak interest. 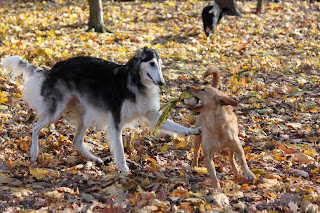 ...and tugged so hard on the Wubba that it's head fell out 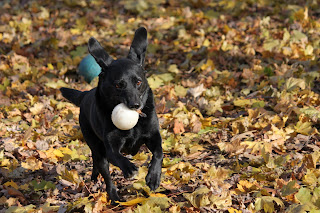 Buster, our weekend guest, was quick to grab the Wubba's 'head', a large white ball. 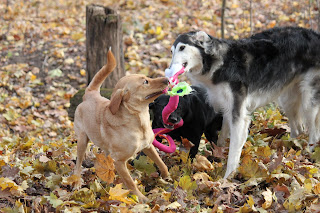 They played 3 way tug with the pink snake 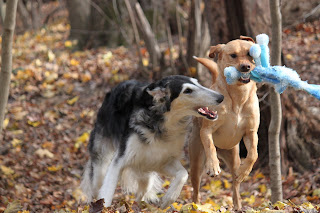 The blue octopus was a favorite 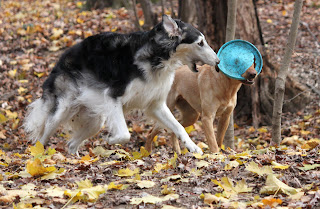 Time for a new Frisbee 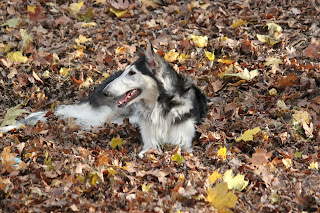 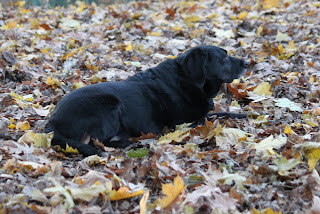 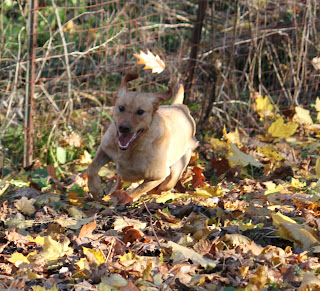 Except for Lucy who has boundless energy and needed a few more laps around the woods.
Posted by Chris at 3:37 PM No comments: 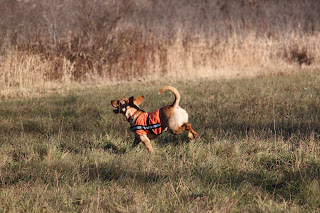 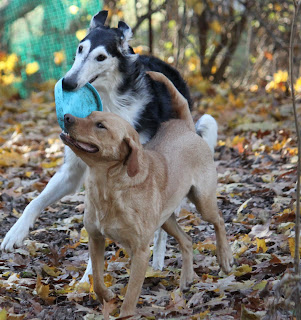 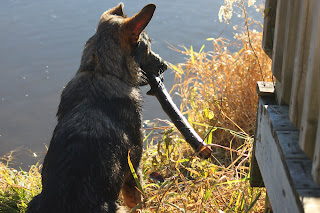 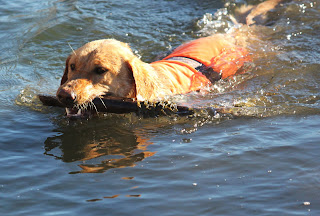 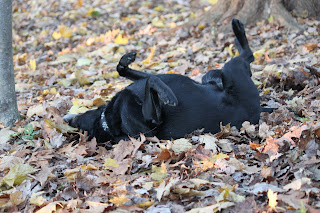 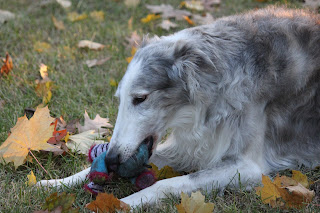 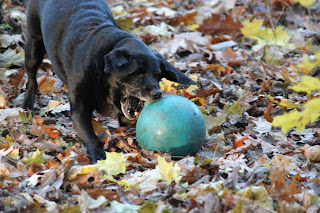 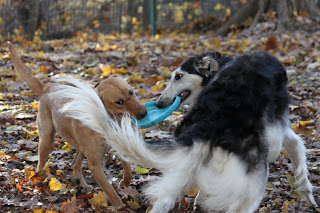 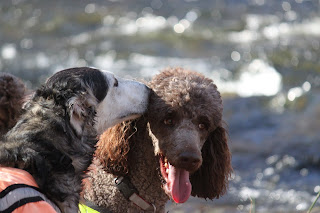 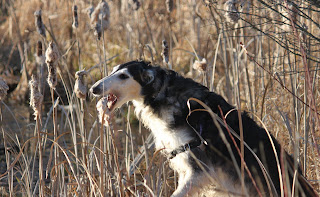 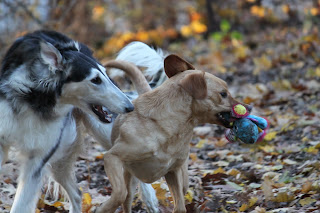 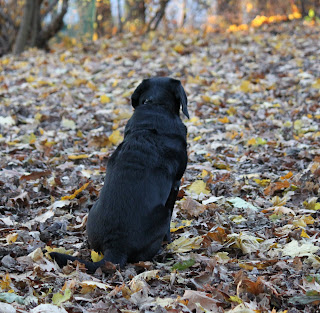 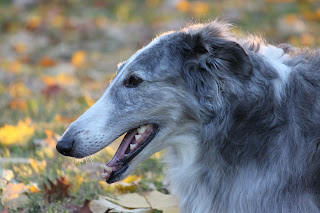 
We returned home after a Long Island wedding followed by a two week vacation in Egypt. The dogs were home from the Animal Inn at Sky Run, everyone was settling into their routines, I had a few days to catch up on phone calls and e-mails for the business. An e-mail from Sergey who owns Melissa's brother Rimfrost caught my eye. Lure coursing about 40 minutes from home! I quickly downloaded the information, Melissa and I were going lure coursing. She had never been, but it didn't matter if she chased the lure, it would be fun to spend a day with friends watching hounds run. Life was good!!

And it was great, a bit chilly, but perfect weather for the hounds. I was in my element being outdoors on a gorgeous fall day surrounded by hounds and watching them do what they were bred to do. I called home to let Paul know how Melissa did and that I would be staying a bit longer, I couldn't just leave, I was captivated by each and every run. Paul said Catera, our 13 yr old Borzoi was not doing well. From the sound of his voice I could tell something was very wrong. He ended the conversation saying 'I think this may be the end'. I was on my way home.

How could this be? She had eaten two big meals the day before, had frolicked around the yard. She did seem a bit slow that morning before I left, but that was not unusual at her age. She had fast days, she had slow days, she ate some days better then others. When I left the house early in the morning she had been lying contently on her dog bed in the dining room.

I called my good friend Lessa to help, and let our vet know we would be coming in. My happy elated feelings had taken a 180 degree turn, I was now filled with a strange feeling that Catera was in trouble. Paul had sounded very worried, and ....sad. And I to was filled with sadness, I was crying as I drove home. The inevitable day that we all put in the back of your minds for our elderly dogs or our friends and family dealing with a long-term sickness might be here for Catera. But she hadn't been sick. Elderly and slowing down, but not sick, maybe she was just having an off day. But she was indeed in trouble. It happened quickly. I won't go into the details, those will remain with Paul, Lessa and myself. Suffice to say, she began to bleed, perhaps a clot or tumor burst from within. I held her, stroked her, and talked to her as she took her final breath. I felt her heart beat those last few beats....she died in my van as we reached the vets.

We are all sort of dazed. Puff our 7 yr old Borzoi is having a tough time. He and Catera were close, they always seemed to look out for each other. Lying next to each other, taking walks around the barn and through the woods together. He didn't eat for a day. Lessa and I took him for a walk around a lake on Sunday, just to give him something different to do. He is wandering the yard, he keeps walking around my car, he is sleeping a lot.

Last winter while playing my new camera I took this photo of Puff and Catera...together as they always were. 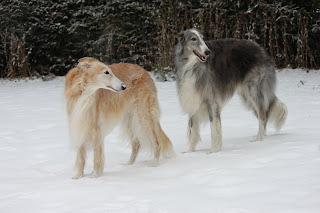 Catera has snow on the tip of her nose, she loved burrowing her muzzle under the snow.

I will write about lure coursing at another time, right now I'm going to take the dogs out for a walk. We'll sit in the woods on the newly fallen snow and just enjoy the moments of being together. 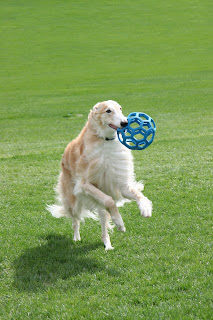 My favorite photo of Catera taken by Tom Kosawski